The Fault Line and the Upheaval to Come... a Download from New Madrid MO

I have recently been given a fresh look at the real roots of our racial divide in America. This came as a download while I was staying in a motel right on top of the New Madrid fault in MO. The place where what is considered the greatest continental earthquake took place in the early 1800s. IF it happened again in the same place with the same intensity, hundreds, perhaps thousands would die. The Lord spoke to me of the fault and what lies beneath.

Looking at it on the surface there appears to be no difference in the geography of the area around New Madrid than anywhere else. Flat open farm fields growing corn and soybeans. Like much of IL and IA.  Bucolic. Peaceful.

Yet deep below the surface there is tension.  One plate pushing against another. Tension that builds until it cannot tolerate any more, in a sudden deadly movement the earth experiences violent upheaval that shakes everything that can be shaken.

What you see on the surface is not reality.  It's a cloak. It's a cover.  It gives a false sense of security that has no basis in fact. 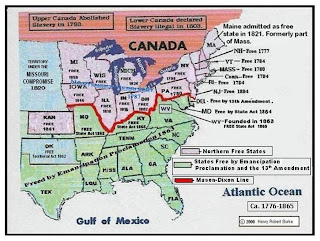 If you look at the lowest point of the state of IL, just to the left of that point in MO is where the epicenter of the quake was.

The war between the states that cost so much life was preceded by the upheaval on New Madrid.

The problem is that the tension must be relieved or it will continue to build until a catastrophic event exhausts the pressure.

This is what I am seeing in our racial and economic divide in the USA.  What I am about to describe is a both way tension.  Just like the fault line at New Madrid is not one plate or another's fault, it is the differential that matters. So, this is about race intolerance going both ways.

Level ONE - INTOLERANCE: Beneath the surface there are people overtly intolerant of any of another race.  Truly outspoken racists.  This is a much smaller number than people believe.  It's not OK to be this way and so in order to avoid being ostracized people keep their mouth shut.

Level TWO - TOLERANCE: These are people who tolerate others, obey the law, but don't engage the other race.  They are on the surface normal looking, but beneath the surface they harbor a low level resentment.  IF you could pry open their brains you would find resentment there.

Level THREE - ACCEPTANCE: These are people who recognize you can't unring a bell.  That the ship has sailed.  They might rather that we didn't have what we have in America, but we do.  We must live together.  They accept that fact.  They are not begrudging.  They are willing to be part of this world.  They smile.  They are friendly.  They'll be peaceful.  They may wonder why there are the separations.. yet they maintain borders.  They will play pool together, play touch football together, have some surface friends in other racial groups. But for the most part their level of racial division is that border invisible fence they keep around themselves.  Most white liberal Americans live in this never never land.  They voted "right" in 2008 and pride themselves on their lack of racism.  YET.. they are not engaged.

Level FOUR - ENGAGEMENT:  These are people who have made a conscious decision to integrate themselves into relational community with those who do not share a cultural or racial similarity.  They want to know, understand and appreciate the people who did not grow up exactly as they did.  This takes intellectual honesty. It's not easy. It becomes more difficult when we find ourselves face to face with resistance when intentions are sincere.

Level FIVE - INTEGRATION = Assimilation:  This word has been so badly used and abused. True integration involves assimilation, celebration and unification built on our commonality.  You can't do this loading kids on a bus and hauling them across town.  It must be with full equanimity.  This final stage is the final barrier to relieving the stress that could lead to an earthquake.  If the New Madrid plate materials slowly crumbled their resistances and melded into one another the threat of a next quake would be gone.  It is the unwillingness to assimilate that is at the root of the problem.  Making a demand to maintain distinct identity outside of the community of assimilation has maintained an unwelcome division.

Assimilation must be both ways.  The entertainment and sports world have shown that there is the potential for assimilation in music.  A white basketball player is an anomaly.  We celebrate those stars.  Yet much of the tension and tracked that drive racist thinking is an unwillingness to assimilate and celebrate one another leading to a new community unification.

In my recent travels I was exposed to level ONE and TWO racism.  It shocked me.  When I was with those of great wealth I saw level Three.  Sadly, as rare as Level one is in today's society, Levels Four and Five are just as rare.   It's like a sad dance from a forced marriage. Keeping our distance we dance to different drums.

IF we don't get to level's Four and Five with one another, we may see another upheaval, natural and cultural.  The depths to which we have fallen in our racial divide in this country corresponding to the election of a half black/white president has become a shame that stains our nation.

His election that caused many to celebrate, has caused those same people grief at the depths of rejection of the ideal this election held.  This will take everyone recognizing the racist depths to which we have fallen.  Recent events have demonstrated how much division there is.  No matter the truth IF you are strongly racially identified, you may have fallen to become a level one or two racist.  At this dangerous depth there is only that contains the frictions that will result in another quake.   It's time to start to come up higher.
Posted by Gene at 10:28 AM