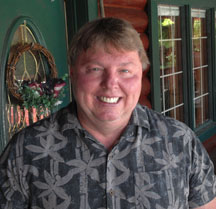 In December 2001, prophetic minister Terry Bennett was shown a 21-year timeframe, which began in 2008 and will end at the end of 2028. He saw this 21-year period divided into three periods of seven years each with each period having different kinds of shakings.

The first seven-year period will be a time of economic shakings from the start of 2008 until the end of 2014. We have already seen the beginning of these shakings with the 2008 collapse of the housing market. Terry Bennett saw an unprecedented economic downturn would begin in 2011, which came to pass with major market shakings during August and September 2011 caused by the debt crisis in Greece. As Terry Bennett stated, this was only the beginning of the shakings. Since 2011, sovereign debt levels around the world have soared to levels never seen before in history, setting the stage for the next wave of economic shakings, which he saw coming in 2013 and 2014. He saw this next wave will be larger than either of the previous waves. This is consistent with other prophetic warnings of an economic collapse beginning in 2013 (see my previous posts in our Prophecy section).

Terry Bennett saw the second seven-year period will be a time of shakings in the arena of government and politics beginning at the start of 2015 until the end of 2021. This could be a time when governments are overthrown and taken over through wars and internal conflicts. Established political parties could be shaken and new parties could emerge. Jesus warned us about a time when “nation will rise against nation and kingdom against kingdom” (Matthew 24:7). Jesus also warned us of days coming when “lawlessness is increased and most people’s love will grow cold (Matthew 24:12). These government and political shakings will lay the groundwork for the coming reign of the antichrist, who will arise as a king with answers to difficult problems (Daniel 8:23).

Terry Bennett saw a third seven-year period will be a time of shakings in religion beginning at the start of 2022 and ending at the end of 2028. We have already seen shakings coming from the spread of Islam around the world. Islam could be part of the shakings during this coming period. Jesus also warned us about a time when there will be a great shaking of the faith of Christians. He said, “Many will fall away and betray one another and hate one another. Many false prophets will arise and will mislead many” (Matthew 24:10-11). These religious shakings will lay the groundwork for the coming false prophet, who will partner with the antichrist during the seven-year tribulation period (Revelation 16:13).