Victory is yours, It's a new Day, Launch out into the deep

Last night as I was gathered at the Prayer Gathering at Crusaders I received an open vision.  It was of a Champagne bottle.  One used in celebration of an event, like a new year. One used in christening a new vessel. One used to soak everyone after a victory.

We speak of new wine as a type of the Holy Spirit.  Yet, I have never considered how new wine will act... it ferments, bubbles, expands and if it's placed in the wrong type of container it will burst out.

Luke 5:37  No one puts new wine into old wine skins. For the new wine would burst the wine skins, spilling the wine and ruining the skins.


It's from the pressure.  Its from the fermenting.   The aging.  The development.


I saw this happen in the spirit. 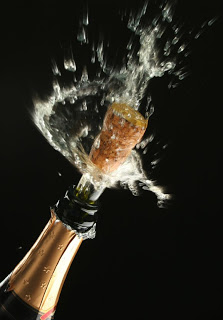 The Lord was saying by this picture presented to me that the cork has come out.  There has been a shaking.  The cork was pretty secure, wired in, solid.  Yet... as the pressure built, there is an explosion.  New wine released, escaped.

The celebration in the spirit is like a new year has come.  A new beginning.  New wine released.  There has been a long battle for the hearts and minds of men.  Deception in this season has been profound.  Many have been lulled into sleep.  Many have become discouraged.  YET "POP"  the cork is out and the new has come.  Old things passing away.  All things new.

New light is shining in a dark place.  I can't tell you when exactly this took place, but it has.  We are about to see an outpouring of new wine.  The old rancid stagnant still wine is no longer good to drink.

It's not only at the beginning of a new year, a new season that we see new wine explode from it's container, it's also at a time of celebration.  One after a great victory.  We see this often in the locker room of a victorious ball team. 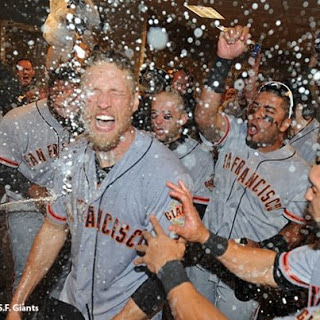 The victors break out the new wine and pour it all over each other.  It's a mess, but it's joyful, exuberant.  This is what is happening in the spirit.  A great victory has been won.  One you may not yet see... but GAME OVER WE WON.    It's time to baptize each other in Joy.   In the new wine.  It's a wonderful thing.. and more important, it's a celebration you can enter into.  You are on the team.

One last image given me last night.  The image of new wine used to launch a vessel. 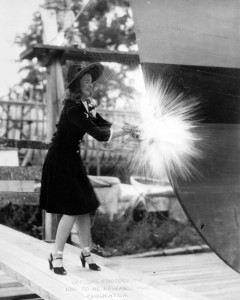 You will note that when this happens, the person doing the initiation, the christening of the vessel gets all wet.  You can't launch out into the deep without getting a little wet.  That too is a new day.  That too is why I saw this vision... we are launching out into waters we did not know we would.

The celebration is new vessels in new water.  Never before has this ship been in the water.  Now it is about to prove it's ability to fulfil it's purpose.

You are in exactly the same place.

There has been much deferred hope, much discouragement, much despair, much decline.

We thought it could not get worse.  That hopelessness was our portion.  YET... I am here to announce, victory.  The enemy has once again overplayed his hand, once again shown himself to be the great deceiver, once again to demonstrate his ineptness.  Oh, he's crafty, but he's no match for those who persevere, who stay strong, who never give up.

God never gave up on you... and on that you can depend.

Break out the NEW WINE and SPLASH IT ALL AROUND