One of the very large churches in our area is cutting back. Staff reduction.  This is a case of a beautiful building standing more empty than first planned.  It's a trend that is becoming clear everywhere, Church no longer works as it once did as a vehicle for bringing in the harvest.

I remember when they built it.  On a main road. Lots of parking.  Comfy seats. Lots of room to grow.  In the path of progress.  IF you were to define the ideal situation you would consider this church strategic.

I have never been to one of their services.  Many who have gone that I know there have high opinions of the quality of the music, the programs, the preaching and the people.  It's the ideal church. Therefore I was surprised when I heard that things there were on the downtrend.

I have been asking the Lord about this.  I have been writing on the issue for quite a while, the importance of doing the things that the Lord instructed us to do.  The stuff.  I believe in part that is the Lord's mandate.  Yet doing what the Lord says to do is different that we thought.

Early this morning in thinking about all this, (VERY EARLY), I heard the Lord say, "The harvesters don't understand the harvest field". 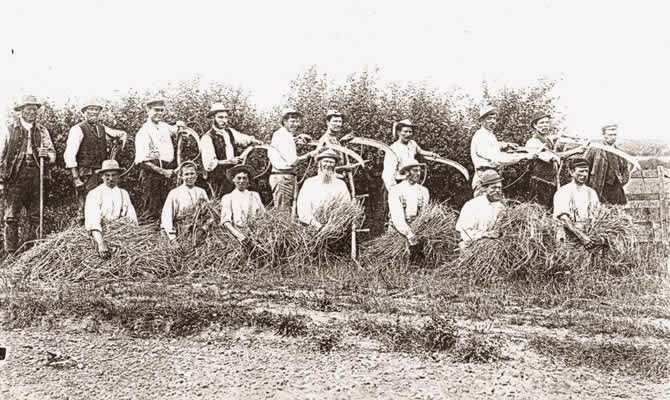 You know that this is how it was done at the turn of the century in those harvest fields.  It was work but it was wonderful in our memory.

Today's method should be different but we are still using what we used a hundred years ago.  Technology and culture has changed.  We now live in a time when people are drawn to Jesus is by demonstration not preaching or programs.


Those who refuse to see this will find themselves on the outside looking in, singing "We shall go rejoicing bringing in the Sheaves".  Just like the picture. 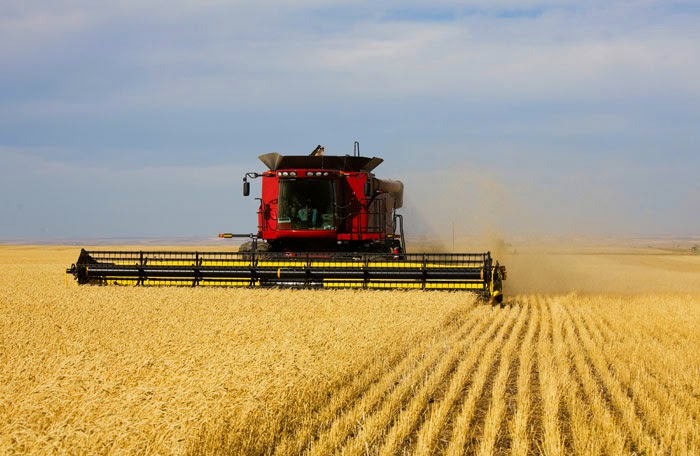 Today's approach for reaching the generation of people in America today is as dated as the difference between these two pictures.

The harvest field is in large part a crop called Millennials.  The church is not getting them into the fold.  They are going to waste.  Weather, pests, crows and loss to rot as the head hits the ground is taking the toll while those of us from another generation wonder why.

The challenge is we Baby Boomers used to own the world.  We were the big dogs. We dominated the demographic.  Those born 1945-1966.  Huge numbers of us.  Now getting older. Our average age is 60.

The greatest generation is dying off. We are next.  We are beginning to disappear.  There are a few smaller generations behind us, but those who were born from 1977 - 1995 now surpass us in dominance.  25% of people in the USA are millennials, 24% are Boomers. There is a generation coming behind them that is almost as large.  Those born from 1995- to Now.  Another 24%  That's why children's ministry is so essential.  But that's not what I am addressing here.  I am addressing a lost generation of people we are not reaching.

The harvest field is ripe.  Very ripe.  They are not going to come to us.  It's not who they are.  They are unlike former generations and if we don't begin to go to them they will never hear.  They will be lost forever because we didn't preach the Gospel to them.  Paul traveled to Athens.  They weren't coming to Tarsus.  We send missionaries all around he world.  WHY?  To reach the lost.

Yet we fail to reach those a mile away because we do not approach them where they are.  I'm not talking about Geographic.  I'm talking about emotionally, mentally and technically.  We don't speak their language.

Research tells us much about this generation. IF you have a heart for the lost you MUST begin to see where they are so you can be there to reach them.  This doesn't mean hanging out in Starbucks, they aren't there as much as you might think.

There is a comprehensive study by Nielsen company a year ago on the profile of this huge generation.  You can find the full transcript on line by googling  Millennials: Breaking the Myths - Nielsen.  You will get a full download PDF that you can read.

A short summary is also here.   Read it

Here are a some takeaways that I got from reading all this thru the eyes of the Spirit of God:


Look around you church pastor.  If the average age in your congregation is 25 years old, you are getting it done.  Keep it up.

On the other hand, if your average age is about 40-60 you are about to go thru some hard times.

If you have a robust well populated Sunday school and teen program then you are on the right track. If that's not a priority your ministry will die.

I care about the church.  I know that many people no longer attend but love Jesus.  They now have their own ministry.  Into all the world as you go ministry. They aren't coming back.

I hate to see well intentioned pastors and leaders spinning their wheels trying to reach a smaller and smaller generations when there are so many hungry souls out there.

God is not glorified when a once vital building dedicated to His purposes is converted to a townhouse, shopping center or nightclub.