Last night Apostle John Eckhardt said something that has stuck with me.  He said, "Prophets are the Devil's Kryptonite". 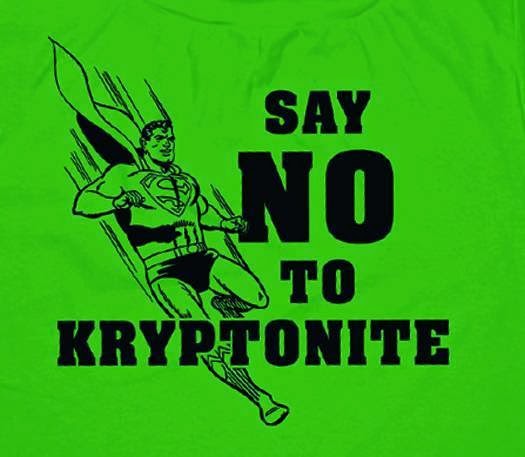 I have considered why that is more true than I think at first blush one might think.

Kryptonite as you may recall from Superman movies was the only substance that could weaken or disable the man of Steel.  Nothing anyone else could do had the same effect.  Not bullets, not bombs, not belligerence.  Just Kryptonite.

WHY, because he was vulnerable to it's effect.

Why then is the Gift of the Prophet and Prophecy Kryptonite?

Which of the Five Fold Gifts are the most damaging to the Devil.

Evangelists. They certainly do damage, pulling people from the fire.  But they are still exposed.  Deception can creep in.  There are secular evangelists as well.  They pull people.. sometime to perdition.  Too many Evangelist are lone wolves.  Huge altar calls leaving new born lambs vulnerable to wolves.  Just what the devil ordered.

Pastors.  It's a good thing to be a shepherd of the flock.  Protecting.  Watching over their souls.  Yet it is a defensive action.  It is saying be careful.  Walk this way.  Yet the Devil's empire isn't much threatened by sheep in the sheepfold hiding behind closed doors.  Little Flock.. not much damage there.

Teachers. We need to have people well informed... yet the Devil knows how to teach God's word as well.  And he does it all the time.  He tried to teach Jesus in the wilderness.  He's still at it.  When you hear politicians and public people using Bible Bullets to make a point you know that teaching is being polluted.  It is good to have good teaching, but it doesn't change much.  Teaching in the last 4 decades as the major emphasis of the Body of Christ has rendered the Church weak.  You can't teach people to victory.. they must see it for themselves.

Apostles.  This is a powerful gift and makes inroads into enemy territory for the Kingdom of God.  Setting up new outposts. Equipping warriors.  Yet as instrumental as this gift is, the Apostolic in it's zeal to plow ahead can miss the little foxes that will come behind and tear apart these exploits.  It's a powerful weapon against the enemy, but not Kryptonite.

Prophets have the one thing that the other four need to do what they do.  Fearless Truth.  Discernment.  Boldness. Without the fear of man.  Willingness to sacrifice all for the victory.  The devil lives on deception, lies, fear and timidity.  He loves preachers who are trying to build a ministry but not build people.  Who will do anything to get the church to grow.  Who fear members leaving (and their tithe).  TRUTH is the kryptonite that disables the devil.  When the bony finger of the prophet says "You Lie" the Pastor might say, "now now, not so harsh", the teacher might try to find examples in the bible, the Evangelist can't make an altar call from it and the Apostle wonders how he can launch from this.

It's the exposure of the schemes of the enemy that are the kryptonite. He hates light.

The other four offices are in need of having prophetic kryptonite in their ministries.  Except they won't.  Many pastors (leaders of churches) do not want any prophets around.  They are happy to live in ignorance.  Feel safer without having some prophet say.. (Like Jesus) "Why are you tolerating that Jezebel in your church?"

IF your little Israel can't be troubled with truth, you live a lie.

You need some Kryptonite.

Good morning sunshine ;)
I greatly enjoyed reading your wonderful post today. Thank you so very much !

Sadly though much of Israel professed to be Gods. Both leaders and layman..
It seems to many even today prophets are kryptonite to many leaders churches and denominations. At least when they speak if able as Go leads