When I was first filled with the Holy Ghost with the evidence of speaking in tongues it was a thrilling experience.  Supernatural in every way.  I basked in it.  Celebrated it.  Encouraged others to enter in.  It was beyond being saved, it was finding myself in a supernatural realm that included faith for Miracles, wisdom beyond my own, knowledge and prophetic, healing empowerment, Discernment of evil and good and so much more.

That was in the early 1980s.  It wasn't about Tongues and Interpretations.  That was a part of it but honestly only as a gateway to more in the supernatural.

Now in charismatic circles the Baptism of the Holy Spirit is hardly mentioned at all.  If it is, it is only in small groups or studies. It's like the Holy Ghost is personna non grata in churches today. 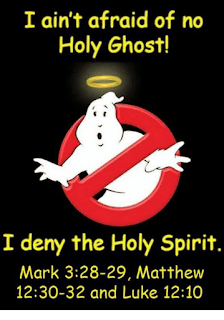 I understand, church is now about members and money.  It's about teaching and collecting.  It's about kingdom building, mostly at the expense of others.  There are few places you can go to find a true supernatural environment.  I don't care what is sung from the worship team, I don't care what the preacher says...  if we aren't experiencing all the manifestations of the gifts of the spirit in some measure from time to time.. we are simply a watered down version of what was intended.

There are those from the past that point the way, but it has been clouded by tradition and fear of causing offense.  I honestly don't know what to do.  I'm not angry.

How did it happen that the Church of Jesus became so inert?  When did we decide that spiritual political correctness was more important than the fullness of the Gospel of Christ.  Do we somehow think Jesus was kidding when he said, I will send you another comforter.  Or John the Baptist saying I baptize you with water but When he comes he will baptize you with the Holy Spirit.

It is sad, could we go back to the time when we really DID believe the Bible and start introducing people to what it really says?  As a good preacher I know says often, "What would we do if we actually believed the Bible was true?"
Posted by Gene at 8:19 AM