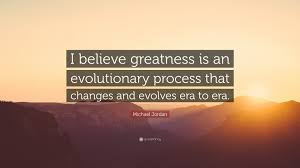 Greatness with a curve ball

What I See as a Seer (this is not the word of the Lord, this is what I see coming)

As we leave 2017 there is optimism everywhere.  At the same time there are people who want to deny the change that has taken place.  The fact is things are always changing; it is our perception of change that determines our view of life.  Not all change is for the better but nothing gets better without change.

As the noise and anger exhausts itself as it will in 2018 there will be a settling that we are on a track many look forward to and many resist without effect.

The result of all this division and anger will be an attempt to restore past fortunes in structures. It’s too late. Much of the effect of the changes taken place has irrevocably put the nation, yea the world on a new course.  Those who oppose and fight against it find themselves at odds with what can only be called a move of God.  It’s not about any politician, president, king or pope.  It is about clinging to a past that was built on a house of cards now falling down.

Europe is in chaos, Britain is leaving and alliances are changing.  The unsettled nature of this has caused the world to tremble.  Yet.. it is as it should be.  It is what is happening in the whole world.  It’s a restructure that must be.  This bell cannot be unrung.

Part of this will manifest itself in ways not yet seen:

There will be continued frustration by those who do no see the hand of God moving across the earth.  They will try to stop His inexorable movement.  They will cry foul against the most high God by resisting what is now the single largest sea change in a generation.  Anyone who raises questions about what God is doing and trying to stop it will be dealt with. This is all HIS doing.  Do not rage against that which is Holy.  He is using the most base clumsy and seemingly ignorant to confuse the world system.

1 Corinthians 1: 19 For it is written, I will baffle and render useless and destroy the learning of the learned and the philosophy of the philosophers and the cleverness of the clever and the discernment of the discerning; I will frustrate and nullify [them] and bring [them] to nothing.
20 Where is the wise man (the philosopher)? Where is the scribe (the scholar)? Where is the investigator (the logician, the debater) of this present time and age? Has not God shown up the nonsense and the folly of this world’s wisdom?
21 For when the world with all its earthly wisdom failed to perceive and recognize and know God by means of its own philosophy, God in His wisdom was pleased through the foolishness of preaching [salvation, procured by Christ and to be had through Him], to save those who believed (who clung to and trusted in and relied on Him). (Classic Amplified)

NONE of those God is using today to bring the changes we see happening are the people man in his wisdom would choose.  It’s God’s way of showing that his ways are very much higher than our ways.  When the wise ones, even those in the church world say, “I wouldn’t have chosen him or her”; you can bet your bottom dollar God chose him or her for exactly that reason.  If he could use Sampson the fornicator, The murderer David, Paul the persecutor and Balaam’s ass he will use the most unlikely.  If you are that unlikely you might just be a candidate for his purposes.  Step out and watch what God can will do with the foolish and unqualified.

I am opening new doors for many and closing others.  I am placing a new heart in you renewed by my spirit.  A heart that sees Me in everything I do in your life.  You must know that I have only the best in mind for you.  You can depend on my purposes in your life.  My ways are not your ways, but you must TRUST in me.  I have only your best interests in mind.  A hope and future is my promise to you in the year to come.

Do not fear the days for they are in my hand.  Fear is not of me. These are days of new revelation and if you will cast off the grave clothes of old tradition, allegiances and tunnel vision I will show you things you have never seen before. Great and MIGHTY things.
Those things you held dear in the world are falling away.  There are only a few that are truly worth pursing.  None of them are material things.  I am shining light in dark places.  As you see the darkness pushed back you will be shocked by corruption of the material world.  Have no fellowship with the world, but I am NOT of the world.

Compare the world system and all it’s glory with what I offer you and you will discover there is no value in what the world is offering.  I offer you supernatural Wisdom, A Right Way (Righteousness), a fresh relationship with ME in fear and love flowing from My Throne beyond your understanding, Proper relationship with men based in humility and grace and Peace and justice from self control. IF you had all the money in the whole world you could never buy what I offer you for free when you align yourself with My purposes.

Prepare for great joy as the year unfolds.  It will be there hidden in the drama of the days.  You will see Me reveal myself in ways you did not know you could.  Watch and see as I show you My hand in your life.  It’s a good place to be.  I am always with you, never abandoning you.  Speak truth, grace and love to all men, particularly to the household of faith.  You are MY BODY.. and the cancer of disunity must be set aside in Love and Grace.

Word of the Lord